Larry Godfrey was the only British male to qualify for the men's tournament at Athens 2004. He competed for the United Kingdom (as Great Britain) at the 2004 Summer Olympics in men's individual archery. He won his first three elimination matches, advancing to the quarterfinals. In the quarterfinals, Godfrey faced Chen Szu-yuan of Chinese Taipei, defeating Chen 110–108 in the 12-arrow match and advancing to the semifinals. There, he faced Marco Galiazzo of Italy, losing to the eventual gold medalist 110–108. Godfrey then competed against Tim Cuddihy of Australia in the bronze medal match, losing 113–112 to take 4th place overall.

Alison Jane Williamson MBE (born 3 November 1971) is a retired British archer who represented Great Britain at six consecutive Olympic Games from 1992 to 2012. She won a bronze medal in the women's individual event at the 2004 Summer Olympics, becoming the first British woman to win an Olympic archery medal in ninety-six years. Williamson achieved two medals at the World Archery Championships and represented England at the 2010 Commonwealth Games, winning two silver medals.

Williamson was appointed Member of the Order of the British Empire (MBE) in 2012. She announced her retirement from archery in 2014. 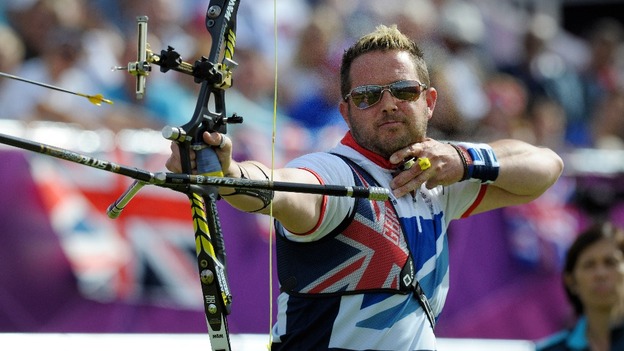 Bowmen of the Deans